Splines are mathematical functions to interpolate between several values. They are defined as piecewise polynomials, meaning that each interval is handled separately.

So, let's get started. For example, we will interpolate with 10 control points. The interpolation function will loop, so we also copy the first point to the end. Also note that these control points are uniformly spaced (at 0, .1, .2, .3, etc) on the X axis. In general we will try to avoid having uniform spacing as an absolute requirement because it's not always practical. 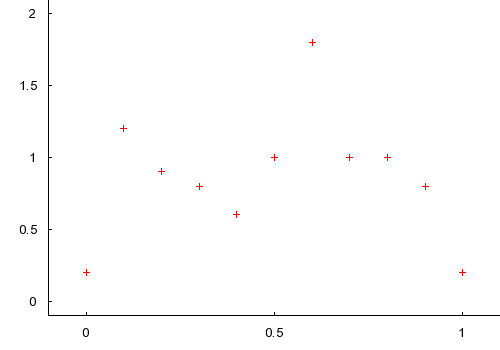 Our goal with a spline is to take in a list of inputs, Xs, and outputs, Ys, and produce a reasonable output for any given input. Each XY pair is called a control point, knot, or duck. The input into a spline function is usually labeled 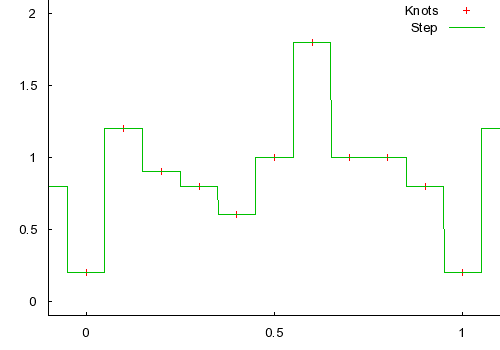 Next, we can use linear interpolation for each interval. Note that linear interpolation only considers the two surrounding control points for each interval. Because of this, it is very local. Any one control point only affects the interval immediately before and after it. We will also look at this spline's derivative. You can easily see that it's not continuous. If you prefer to think of the spline function as defining an object's position, then the derivative can be thought of as the object's speed. It not hard to imagine that linear interpolation gives a jerky appearance in animations, because of it's non-continuous speed and infinite acceleration. 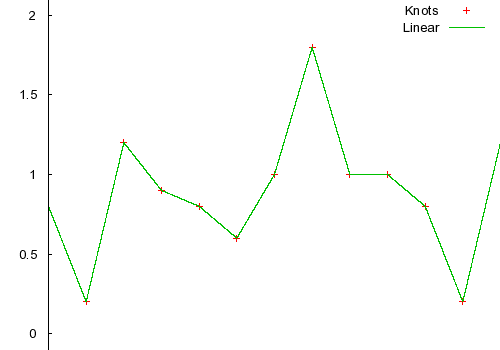 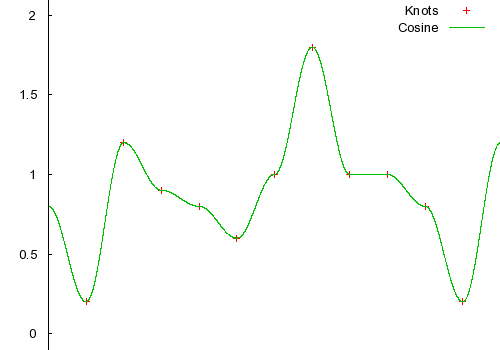 A cubic Hermite spline is a spline with each polynomial in Hermite form. Basically, each interval will use two control points and two tangents. These tangent values can be defined by the user, or defined automatically by more surrounding control points. First off, we need to define the four Hermite basis functions. 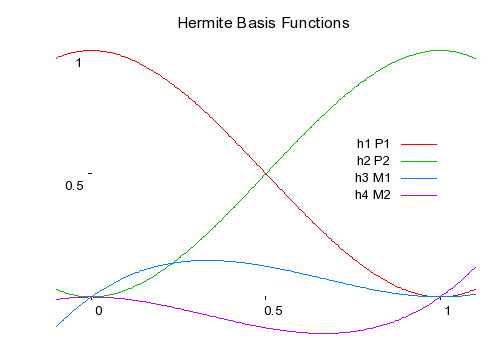 Each interval uses the four basis functions like so:

are the tangent values.

You can see that

scale the control points, while

scale the specified tangents. You can also quickly see that the spline will pass through each control point by considering the scaling factors from the graph above.

The tangents can be specified individually by an artist, or generated automatically. They are usually generated automatically, but to get a feel for the cubic Hermite spline I'll show an example where every tangent has been specified as 1. You can see that the function always has a slope of 1 at each control point. In other words, it passes through each control point at 45 degrees because that was the tangent specified. 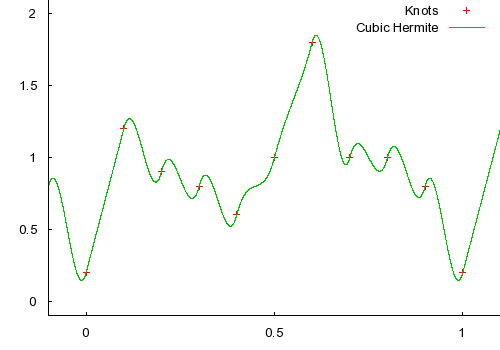 Given the control points

we can use a Cardinal spline to interpolate between

Here are some examples of Cardinal splines with various 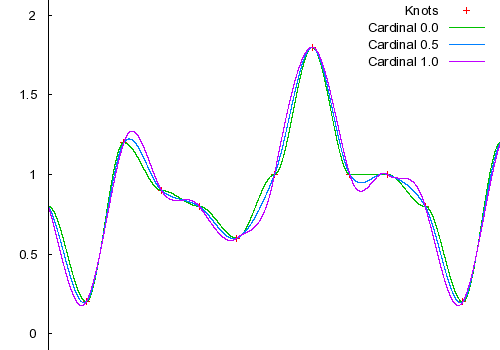 It's straight forward to adapt the Cardinal spline for non-uniform control. However, it seems to be little known. A search online doesn't turn up much help and indeed a few sources even say it's non-trivial or even impossible (due to the curvature of the curves, uh-huh). That's not true. Using non-uniformly spaced control points is actually quite straightforward.

Then the scaling factors are: 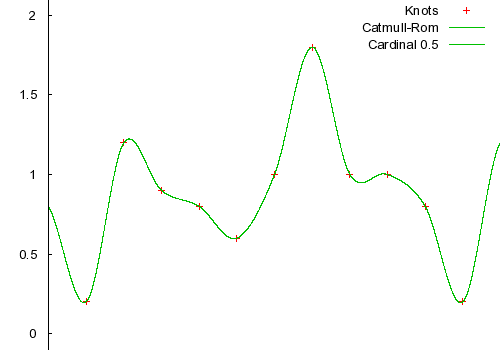 Wrapping up, we'll take a quick look at two dimensional splines. It should first be noted that the X and Y axis can be interpolated completely separate. This makes sense since the axises are orthogonal, and a movement on one axis does not affect the other axis at all. Good spline code should be written generically and work equally well with a single number or a vector. In C++ this is easily accomplished with templates, which allows the same code to be used for one or more dimensions. 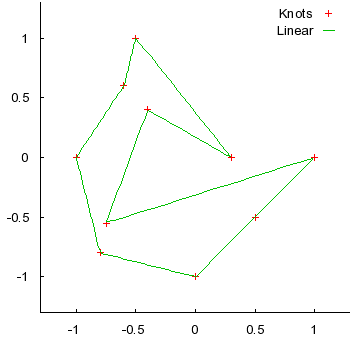 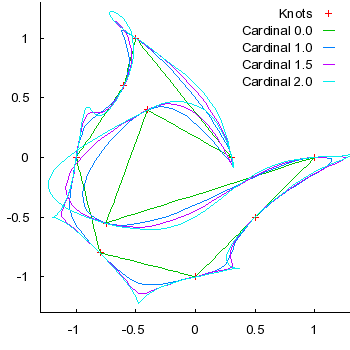 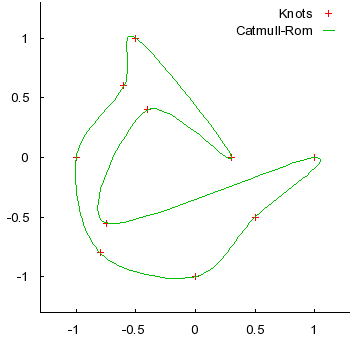 Next up we'll look at arc-length parametrization.