I did a little optimization on my callback library, PlusCallback, and decided to do some benchmarks.

Here is a graph of the results, for what they're worth. The values are in millions of iterations per second, so more is better. 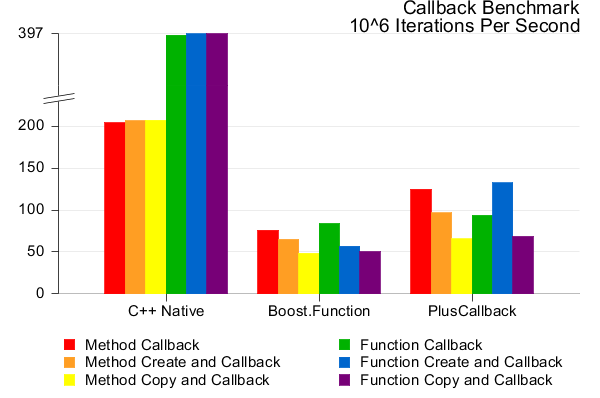 Boost has several intermediary steps to invoking a method callback:

PlusCallback really only has one behind the scenes step:

The benchmark code is included in the latest PlusCallback download. If you get different results, please let me know.